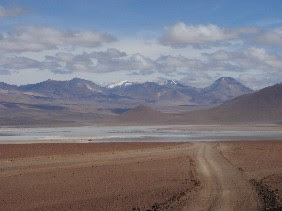 Crossing into Bolivia from Chile, once I´d worked out how to stay upright on sandy roads and could look around me, the views of Laguna Blanca were pretty special! 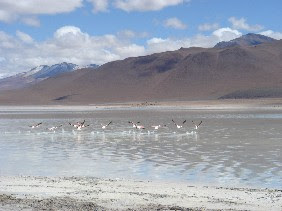 Hard to capture on camera, the flamingoes were beautiful, especially in flight. 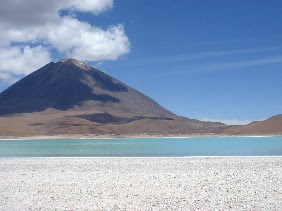 And waiting around the corner, Laguna Verde (very green...), with a massive volcano in the background.
The views were stupendous! 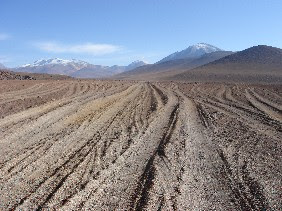 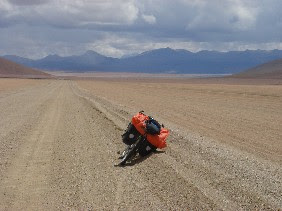 And quite desolate at times! 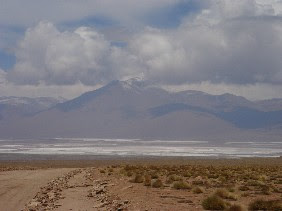 Laguna Colorada, so beautiful in the books, wasn´t particularly red when we saw it, but beautiful nonetheless. Although the memory of this particular lake is tied inexorably in my mind with hours of pain, negotiating the unridable "roads" around its perimeter! 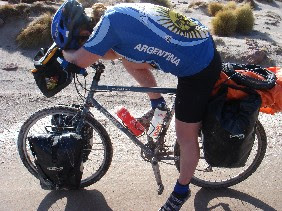 The roads and climbs that followed as we made our way across country to Uyuni were tough... I blame the altitude, but the exertion required frequent stops to collapse and inhale as much oxygen as possible!!! 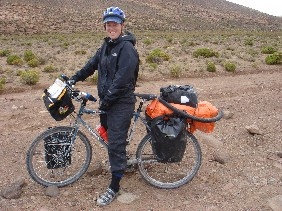 My cycling-clothing fashion aside, the front left pannier went on the back and I did my best to make the most of my useless (and broken) front rack. 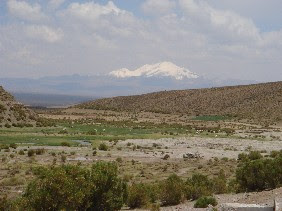 Descending into (slightly) more hospitable territory, we still got fantastic views of the high surrounding mountains. 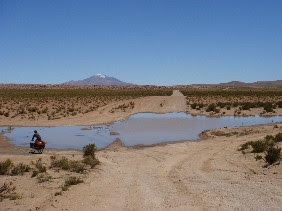 The roads didn´t improve much though... 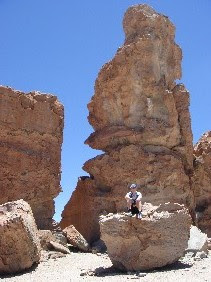 Wierd and funky rock formations. Tempting to try and climb... but cycling shoes don´t make the best climbing shoes and it was a bit too remote to risk an accident! 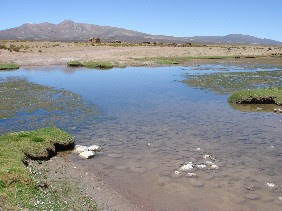 So beautiful, if it didn´t also happen to be the road! I think I´ve still got bits of pondweed in my cassette... 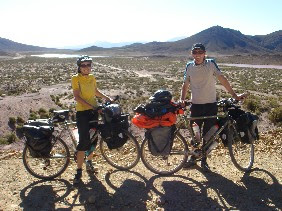 My cycling companions, Lisa and Tom. 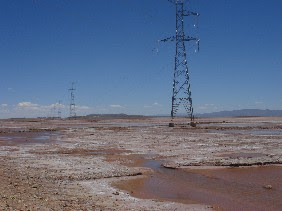 The view from the windswept road into Uyuni. We followed these pylons all the way to Potosi - they were great for seeing where the route went, although a bit soul-destroying when you saw them scale the highest ridges in the area! 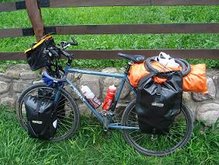